This is the latest magic programme on TV featuring several magician all of whom are themed a little differently, namely Ben Hart, Dee Christopher, Damien O’Brien, Jasz Vegas and Chris Cox.

From what I am lead to believe they compete each week with a theme to base their tricks on with and the loser has a forfeit.

The first episode was short, highly engaging and contained some great magic with not too much editing which made it pleasing to watch.

The show reminded me a little of monkey magic which was light watching.

If you like magic then check this show out you will be pleasantly surprised.

The first episode. Favourite trick. Chris Cox, saw the ending a mile off but, I am a magician (http://www.alexmagic.co.uk) 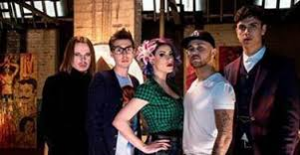