Alex Michael is a local award winning magician who specialises in providing the very best magical experience to everyone who witnesses his magic. Alex performs at private parties and events for adults but is also a popular childrens magician and entertainer.

For childrens parties Alex provides a super, comedy magic show with lots of fun and interaction as well as a games package. The games played include parachute games, spinning plates, musical chairs and even some traditional party games and dancing by the children.

For details of the party packages on offer for childrens parties please have a look at this link  https://www.alexmagic.co.uk/children.html

For details about the adult parties or any adult event where you need to add the wow factor, please have a look at Alex performing adult magic here. Alex has won many awards for his sleight of hand magic and it is a great ice breaker and talking point.

Take a look for yourself – Magician Allestree Derby http://www.youtube.com/watch?v=NQkpVx7Hyt4&feature=plcp

After almost every show Alex gets lots of great feedback and recommendations. You can view a small proportion of these here.  https://www.alexmagic.co.uk/testimonials.html

To get more details about Magician Allestree Derby please get in touch with me by e-mailing alex@alexmagic.co.uk  or calling

Magician Allestree and Childrens Entertainer is also on the following social networking sites where you will see more photos, feedback and updates of any public performances. Please connect here

Just for peace of mind Alex is fully insured and CRB checked and should you have any questions…. As always get in touch. 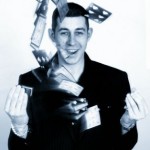 Get in touch early for more details or a quote