Alex Michael is an Award Winning magician; he performs at many children’s parties in Worksop, Nottingham and is known as the best children’s magician and entertainer. He is highly recommended and reliable and can provide great references. 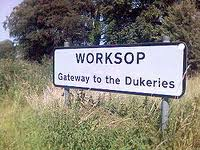 Alex the Magical entertainer offers various children’s party packages in the Worksop area which is aimed at various ages from 3 upwards.

His children’s party packages’ include; a 40 minute magic show, which has lots of fun and interaction with great magic to keep the little ones entertained. His magic includes counting, items disappearing and appearing. Alex the magician will make sure the birthday child is the star of the show and even makes them a brilliant balloon hat.

Alex the Magician is very popular and well known in Worksop performing his magic at over 150 childrens parties a year, with many repeat bookings.

To view Alex the Magician Worksop, Nottingham in action please click on the link below:

Please view the link below for Alex the Magician Worksop Nottingham for adult magic or older children:

To book a Alex the Magician in Worksop Nottingham please get in touch by using the contact form on his website https://www.alexmagic.co.uk , all you need to do is fill this in with your e-mail address, party venue and party date etc and Alex will get back to you with a price and details of his party packages.

Alex is fully CRB checked and insured through Equity, so there is nothing to worry about when booking him.