So along my travels as a close up magician I have travelled many different locations and along the way. I have met many celebrities, famous people and people of interest.

I am not really one to brag or gloat or name drop, but I have performed for quite a  few celebrity names over the years.

Sometimes I have even performed for guests who I have only been told afterwards who actually they are.

Although the list is quite extensive and diverse, most of the celebrities I have performed for in my home town of Nottingham.

I do try to get a few snaps on my travels and if I do, I always add them to my facebook page https://www.facebook.com/AlexMichaelMagician

Below are a few photographs from me performing at a corporate event of which entertainment star Biggins attended.

Celebrity Magician – Magician for hire Experiences. From all of my experiences celebrities have always been very polite to perform for. The most strange was Martin Johnson who’s son I was performing to. I have simply never seen or met a more imposing person in my life. He was like Hulks bigger but more charming big brother!

The good thing about performing for various celebrities is although they are hosting, or top of the bill. Until I get there it is like every other event I perform at.

I understand that celebs and people in the public eye attends a lot of events and functions throughout the year.  I am sure they have seen many magicians. They always act gracefully and some even tell me that I am the very best magician that they have ever seen. 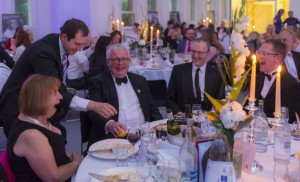 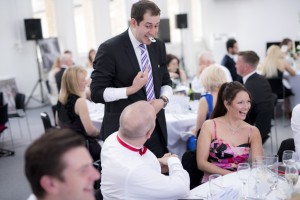